One example of how EMAS applies good relationships with well defined roles to foster development finds expression in the aptly named Hand in Hand with Haiti project.

The EMAS project, Hand in Hand with Haiti grew out of the friendship of a Haitian Baptist minister and his then Canadian medical student friend.

Pastor Saint-Hilaire Faniel preached a practical gospel in which he incorporated into his spiritual message, the feeding of hungry children in a slum area on the edge of Port-au-Prince. Pastor Saint-Hilaire Faniel was also deeply concerned with the lack of healthcare and the low educational standards among his congregants.So they started an elementary school, which now goes to grade 9 and is run entirely by Haitians. But healthcare required skills and resources he had no access to. Therefore in 2002, he invited Dr. Pierre Plourde for whom he had acted as a translator during a student elective back in 1982.

This partnership could have come to an end in December 2008 with the death of Saint-Hilaire. However, Saint-Hilaire had been mentoring a successor, Pastor Denis. This new partnership of two men was tested by the 2010 earthquake which destroyed the building that El Shaddai used as its operational base. The friendship of Dr. Plourde and Pastor Denis saw them resolve to face the challenge of  “building better than before”, which became a guiding principle that led to seeking expert advice in planning and constructing a hurricane and earthquake resistant Community Centre.

The commitment to excellence and therefore need for expert help led to a partnership with Engineering Ministries International, (eMi).

eMi came alongside with expertise and experience that EMAS does not have. The relationship was based on the shared motivation of EMAS Canada, eMi and the El Shaddai Church community.

Entering a phase that meant a long-term and capital intensive project, it was important to have the kind of cost saving partnership that eMi offered. Working with a like-minded faith-based charity also facilitated the transfer of artisan skills to Haitian workers making them more employable while providing labor and income for their immediate needs.

Keeping the EMAS vision in focus would require on going healthcare teams and this needed a steady supply of eager volunteers. 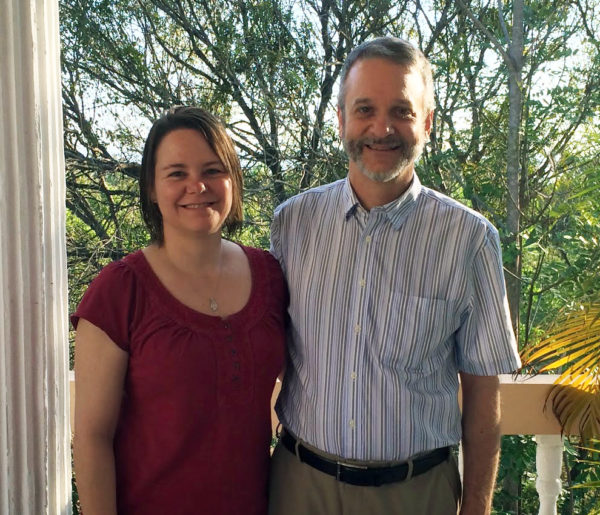 Through the leadership of Dr. Plourde and Rachelle Brière Canadian universities are helping set standards of care by approving and monitoring the EMAS mobile teaching clinics at El Shaddai and other low resource areas for medical and nursing school credits; and because the clinical experience includes top quality medicines largely provided through donations of HPIC Humanitarian Medical Kits, these Haitian healthcare students are getting Canadian standard clinical training in the context of a cross-cultural learning opportunity. So, the relationship with universities provides improved healthcare in the slums of Port-au-Prince, but also gives both Haitian and Canadian, students and professionals, opportunities to learn from each other. This is an invaluable opportunity for a Canadian healthcare professional who must increasingly deal with multicultural populations in an era of rapid and mass international travel, immigration and refugee settlement.

Hand in Hand with Haiti works with a wide spectrum of Canadian partners interested investing donor funds in sustainable projects, among them are the Manitoba Council for International Corporation and Saint Benedict’s Table.

The relationship with these and other funding partners is based on trust, a track record of accountability that EMAS has developed over seventy years of service.

The El Shaddai Church is both facilitator and owner: she owns and proclaims the message of God’s redemptive grace changing lives daily through education, healthcare, and nutrition. It was the elders of this church, working with eMi, who chose the design of the buildings according to their perceived needs and service goals. She serves internationally from the slums of Port-au-Prince to facilitate the training of future healthcare providers for Canada and Haiti.

Foundational to this multi-faceted mission are the strong relationships that EMAS Canada has had and continues to have with partnering organizations and individuals working together, each with its special contribution.