Servants Who Will Not Stop Serving

Abraham1   was 99 years old, he was wealthy, he owned servants, and his wife too had her own servants.

At his age and with his resources Abraham had earned “the right” to enjoy eating with his guests within the cool shade inside a tent, and being waited on by servants.

However, the spontaneity of his action and his posture suggests that he was a servant at heart; and his enthusiasm was infectious. He set aside the rights of his stature to lead his household in hosting three travelers who initially in the form of men turned out to be God.

Abraham was doing the menial tasks usually undertaken by a person employed in the house. His posture: “…. he stood by them under the tree while they ate” was that of a waiter, waiting for an opportunity to fill an empty cup.

A frequent term for servant in the bible is the Greek word doulos, meaning slave, such people were by definition at the disposal of others.

When Jesus’ taught about service and servanthood, slaves were the most visible example of servants (Luke 17:7-10). The images that formed in their minds allowed them to find appropriate applications. Those images will be different from ours.  Fortunately, for us Jesus illustrated servanthood by practical demonstrations of putting Himself at the disposal of others; for instance crossing a lake to heal one demoniac, befriending social rejects, and washing the feet of His followers. His lessons are therefore transferable and relevant across time and culture. We can form appropriate correlations to His behaviour that allow us to take action today.

The team that served in Indonesia this past summer demonstrated the underlying principle of being at the disposal of others and paying a price for it. Dr. So writes:

“Traveling to Indonesia takes two physically tiring flights: 15 hours to Hong Kong, plus five hours to Bali, added to that was a daily drive on rugged, tortuous, steep roads. Yet it was deeply satisfying to experience the friendliness and receptivity of Muslim and Hindu patients.”

What makes the Indonesia team special is that despite their known frailties, they insist on serving. Dr. Tam wrote of the team he led to Bali:

“…..our weaknesses, as a team, which included survivors of physical challenges such as cardiac events, knee replacements and cancer in remission, God answered our prayer to serve those in need in a Christ-like manner.”

Sadly, one of the team Dr. David Chan who has been battling against cancer died on December 5th. Dr. Chan served for many decades on medical missions to China, Thailand, Indonesia and Malaysia while leading EMAS Hong Kong. He is an inspiration to many of our team leaders. Well past retirement age, he was still living willingly at the disposal of others at the end of his earthly life.

Our team to Bali being Good Samaritans know and accept the risks and costs of serving others.

Despite self-sacrificing servanthood being a trait valued by Jesus and writers of the New Testament, it seems that a preference for offices, titles, and positions are the natural inclination and are what Jesus’ closest friends had on their minds when He spoke of His  impending death. An internal wrangling within His inner circle is the background to:”….whoever would be first among you must be slave of all. For even the Son of man came not to be served but to serve, and to give His life as a ransom for many” Mark 10:32-45 (Italics mine)

Lifelong servanthood is a precious gift.

Late last month I heard that well past retirement age, Dr. Robert Stephens former missionary doctor to Congo and past executive director of EMAS Canada now in his 96th year continues to serve our mission. He is willingly coming alongside trainee physicians and inspiring them to serve in missions. 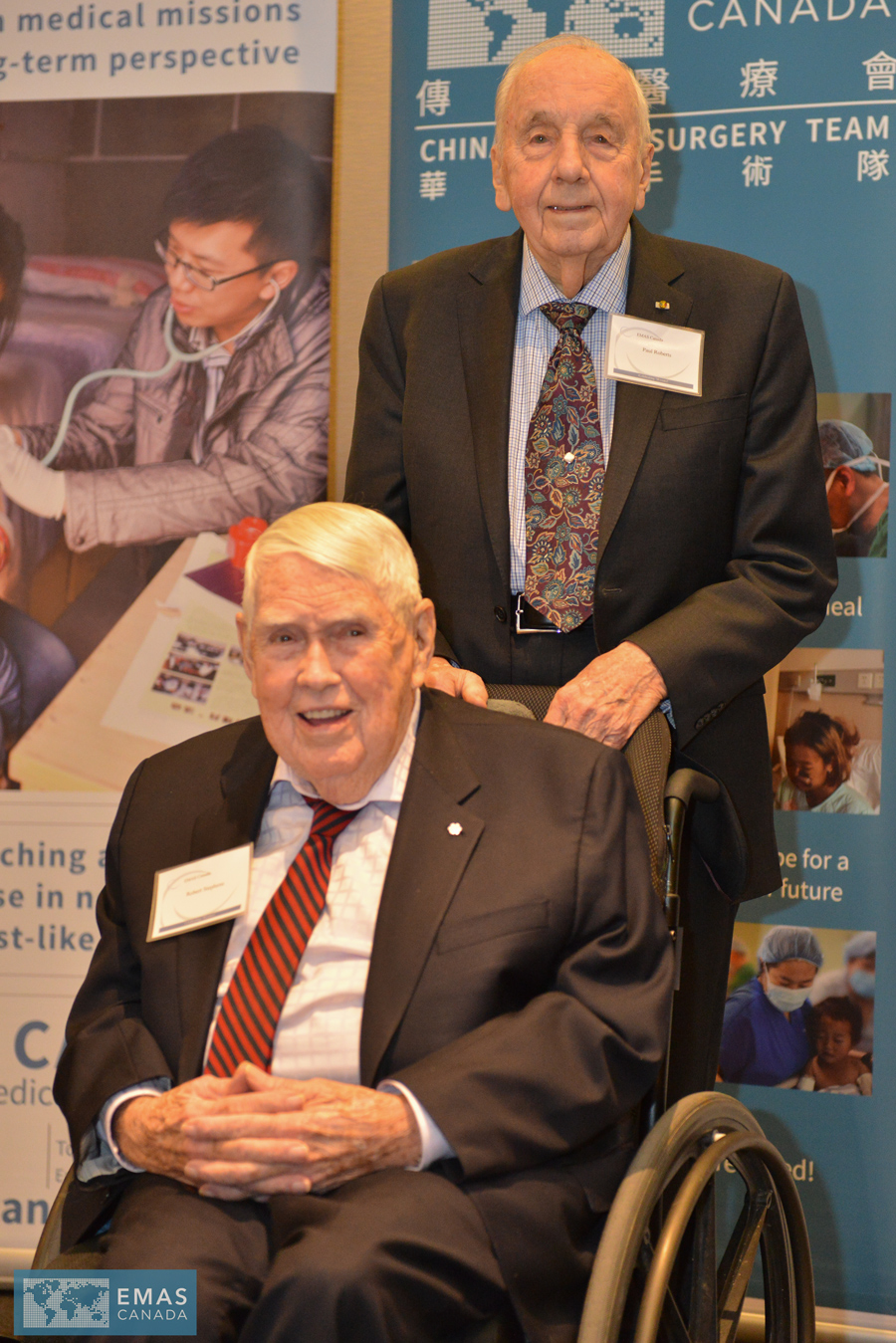 The service component of Education, Medical Aid and Service, comes from the teachings and example of Jesus Christ on what a servant is and does.

During the first part of 2020, this blog will feature some lessons on servanthood and leadership drawn from a study of the New Testament.

All Scripture references are taken from the New International Version (NIV) unless otherwise stated.