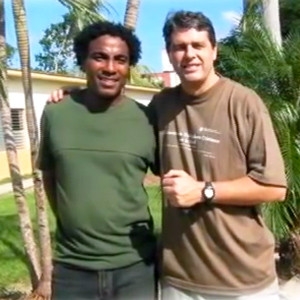 When the Russians left Cuba in 1991, the country suffered an acute shortage of medications and hospital supplies. As a result, the Medical Commission of the Cuban Council of Churches urgently requested help from EMAS Canada. In the next two years, four containers of medications and supplies were sent to Cuba. In 1993, a medical team from Canada spent two weeks of medical interchange there.

During the 1994 visit to Cuba, a small group of Christian Cuban physicians met with EMAS team leaders who suggested the possibility of a Conference of Christian Healthcare Workers. The first national Conference was held in 1995. This proved to be a great success so annual conferences became a feature of EMAS’s work in Cuba, allowing Cuban Christian healthcare workers, from all parts of the country, to come together to share their challenges and their triumphs.

Since then, at the request of Cuban pastor Eduardo, a team of volunteers made arrangements with the Cuban Council of Churches Committee to set up sessions to teach on palliative care and support for the dying. They made their first trip to Havana in February 2004. Volunteers, medical professionals, nurses and medical students came and showed much enthusiasm to learn. Many have not yet received formal education in palliative care. The team presented to 35 participants in Havana, on their first mission trip, giving presentations in Spanish, translated by Dr. Garcia. They left behind an English Volunteer Education Manual developed by Hospice and Palliative Care Manitoba (HPCM). They have returned to Cuba every year since 2004.

April 2012 The EMAS Cuba Team teaches about caring for those living with advanced illness and those requiring grief support following death. In collaboration with the Cuban Council of Churches Committee “Life and Community Health,” they help educate volunteers on how to provide these services. In April 2012, the EMAS Cuba team spoke to 35 participants in Camaguey, Cuba and brought presentation folders with course materials for each participant, and also flash drives with photos. The presentations were in Spanish, so that the participants could easily share what they had learned with others.

The team’s approach to teaching has always been “conversational” and “mutual sharing of knowledge”—sharing the collective knowledge that the team has about palliative care and offering support to the dying and their families, then letting participants take what they find to be useful and build on that. The warm atmosphere of laughter and sharing, at the sessions, is welcomed by everyone.

Over the years, the participants’ enthusiasm, excitement, and thirst to learn has motivated the team to continue. They have also seen that their work is having an impact on the quality of care that end-of-life patients receive in Cuba.